The main part of the church was demolished in 1853 following the opening of the new church in Thundridge. All that remains is the 15th century tower, which also holds an archway thought to date from the 11th or 12th century. As remote as it is, the structure has been subject to vandalism in recent years, as well as the general decay of time, and the St. Albans Diocese - the owner - wishes to divest itself of the responsibility. Among other suggestions which have been made for its future, the most drastic is demolition. Many locals regard the building as iconic and hold it dear to their hearts, but that is not enough to keep it extant! We must move forward and present realistic alternatives to demolition if this latter action is to be avoided. 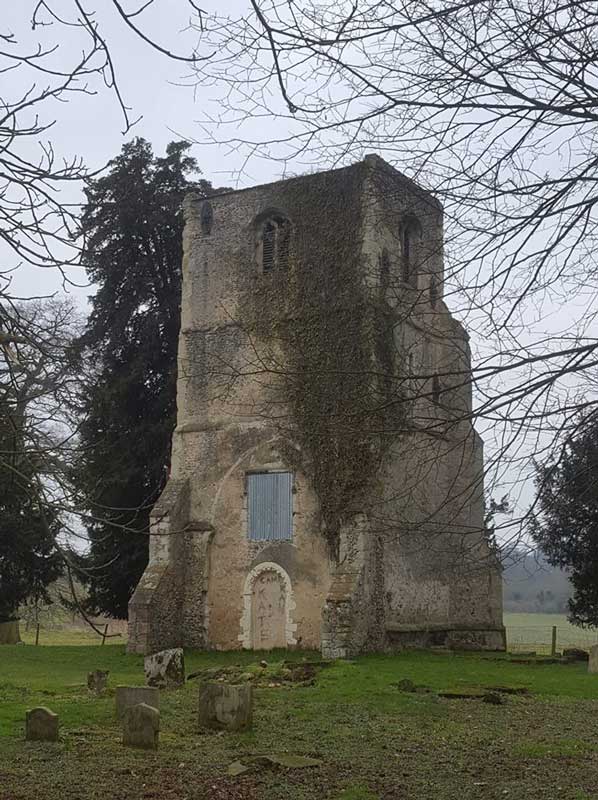 Painting by Peter Mottershead, dating to the 1970s